There is much debate regarding the history of baseball. Who invented it? When was it invented? Where and who was the first to play the game? There are many theories to the topic, but there is no way to be sure. Baseball cards on the other hand, have a more precise lineage. Because baseball cards were saved, cherished, and collected, it was easier for us to trace their history. Baseball cards, much like the birth of America, started in the most unlikely fashion. Like America, baseball cards were born of a war. 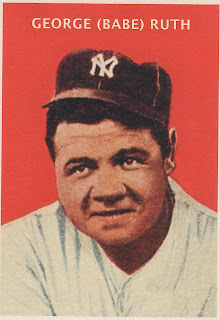 1860’s
In March of 1861, Abraham Lincoln was elected president.  One month later on April 12, 1861, the American Civil War (1861-1865) erupted as southern states seceded from the union. The Emancipation Proclamation was issued, and the 13th Amendment to the United States Constitution was passed. While this is a small refresher in American history;  What does it have to do with baseball cards? While baseball had been played long before the Civil War, soldiers helped spread the popularity of the game. While soldiers were traveling across the country to fight battles, they continued to play baseball. Both alike, Union and Confederate soldiers traveled from one camp to the next, easing the stress of combat by playing a game they had as boys.  They spread the game of baseball to those who have   yet to be exposed to it. North, South, East, and West; All of America fell in love with the game.

Before the American Civil War, Cabinet Cards had been introduced. More popular now than ever,  cabinet cards were a style of photograph used for family portraits, newborn babies, and of course, baseball players. Though these ball players were not professionals, sometimes local teams, children in uniforms, or simply a picture of a baseball field. These photographs were glued or mounted on cardboard measuring 4.25” by 6.5”. A smaller version called carte-de-visite replaced the cabinet card. The photographs were much smaller (2.13” by 3.5”) compared  to the cabinet cards. Carte-de-visite, as the name implies, was a visiting card and were usually given to friends and family (modern day wallet pictures). These cards became overwhelmingly popular during and after the American Civil War, when a portrait of a soldier in his uniform was common. Both the carte-de-visite and the cabinet cards were used as a source of advertisement. Information pertaining to the Photography, his business, and services were provided on the back of the photograph card.

As the popularity of picture cards increased, so did the versatility. Businesses began using them for marketing, advertising, and other commercial purposes. Picture cards would often have pictures of animals, American Presidents, and baseball players. These picture cards were handed out like flyers, a picture on front, and an advertisement on the back. 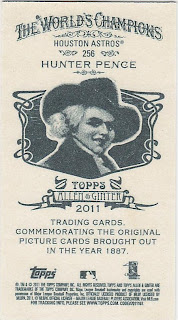 With the help of the tobacco industry, picture cards as a source of advertisement were being mass produced. Tobacco companies such as Allen and Ginter, Goodwin and Co., Old Judge, Mayo and Co., and Kimball were producing baseball cards as pack inserts to tobacco products. They served as pack support, product advertisement, and an incentive to buy the tobacco. 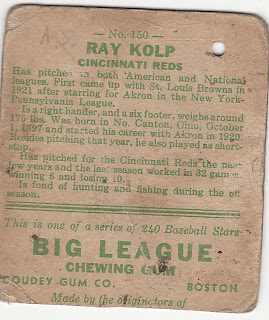 The American Tobacco Company was dissolved into several smaller companies in 1911. Again, tobacco companies began advertising their brand of tobacco with the use of baseball card inserts. As competition resumed, other industries joined in the use of trading card advertising. Clothing stores, playing card companies, and grocery stores began producing their own style of picture cards.  With a wide variety of cards to collect and trade, companies began to make their cards more appealing. Cards had clearer pictures, more information, and higher quality. The early 1900’s became known as the Golden Age of baseball cards and created some of the world’s infamous baseball cards depicting players like Honus “The Flying Dutcman”  Wagner. Baseball cards were in full swing, everyone was collecting them. 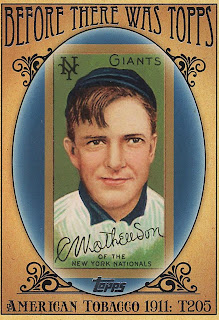 World War I (WWI) erupts in Europe on July 28th 1914. From the moment the Austro-Hungarian forces invaded Serbia on July 28th to the cease fire of November 11th 1918, over 35 million had been killed. By this time tobacco companies had lost interest in this form of advertisement, ending the Golden Age of baseball cards. 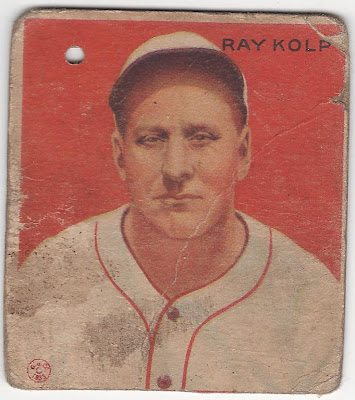 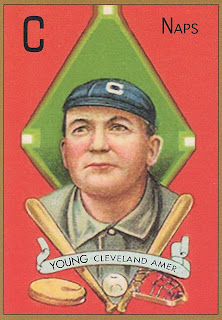 1940’s
World War II (WWII) began on September 1st 1939, though the United States did not enter the war until Japan attacked American naval forces on December 7th 1941. The following day America declared war on Japan. Three days later, Germany and Italy declared war on America on December 11th.  America returned the favor the same day.  Since Armistice Day August 14th 1945, over 16,000,000 Allied soldiers, sailors, and airman had died. Over 45,000,000 allied civilians. Over 2.5% of the world’s population was killed in histories deadliest war. During the war, baseball card production slowed to a standstill. Every industry focused on the war effort. Rationing was everyday practice. At one point of the war, rationing included typewriters, sugar, gasoline, bicycles, clothing, fuel oil,  silk,  etc. Circumstances changed drastically as soldiers returned home.  Returning service members were getting married, starting families, pursuing higher education, and buying homes. Life was simple, the American dream was in full effect. Jobs were flourishing and the era of the baby boomers boomed. Life was good again, and baseball cards were not far behind. Bowman Gum (formally Gum Inc. featuring the Play Ball cards) emerged in 1948 introducing the baseball cards with a stick of gum inside. Bowman was the leading manufacturer of baseball cards for many years.

Topps has been around since 1938 and even earlier as part of American Leaf Tobacco in 1890. Topps main product was bubble gum, such as Bazooka Bubblegum featuring a comic on the wrapper. In 1950 Topps started packaging gum with trading cards. By 1951, Topps released a 52 card baseball set that could be used to simulate a baseball game.  In 1952 Topps designed the 1952 Topps Baseball Set. The 407 card set introduced a new card dimension (2.75” by 3.625”). The 1952 Topps became the first true baseball card set.  Bowman and Topps competed heavily for the rights of certain star baseball players, who would sign exclusively to their company. After the dust settled, Topps emerged as the leading baseball card manufacturer.  Topps released one of the most famous baseball cards of all time, the 1952 Topps Mickey Mantle #311. Topps eventually buys Bowman in 1956 after contractual conflicts and rights regarding baseball and gum. In 1959 another competitor emerges;  Fleer signs Ted Williams to an exclusive contract. Williams retired the following year. Fleer made multiple sets of retired baseball players with little success. In desperation, Fleer pursues Topps for unfair competition, accusing Topps of monopolizing the baseball card industry. Courts ruled that there was still fair competition as Topps contracts only included cards sold with gum. Fleer eventually sold its player contracts to Topps in 1966, but continued to remain in business. 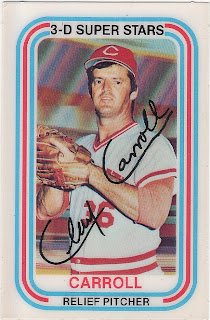 In the early 70’s Kellogg’s cereal introduced 3-D baseball cards inserted into boxes of cereal. Kellogg’s was the only competition Topps has encountered since it had purchased Fleer’s remaining contracts. Topps was not affected by Kellogg’s insert cards, with no foreseeable threat, Topps ignored Kellogg’s baseball card market. By 1981, Fleer and Donruss went to work. They introduced baseball card sets including stickers and puzzle pieces. These items did not conflict with Topps gum rights and managed to make an impact on the baseball card industry. Many other baseball card companies flourished from Fleer’s and Donruss initiative. Even with the new competition, Topps remains the market leader. 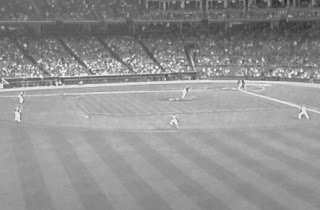 Topps stops producing the bubble gum inserts in 1992. The baseball card industry changes very little. Card styles, player names, and incentives change slightly year to year. All wars fought since WWII has caused little to no effect on baseball card production. The new standard size of all baseball cards is 2.5” by 3.5”. glossy, color photographs have been used for many years now. Cards are released in several series throughout the season, including traded and update series. Topps begins utilizing the online market for baseball cards and other trading card related services. In 2010, Topps gains exclusive rights to use Major League Baseball (MLB) and club trademarks and logos. Topps continues to play a large role in confectionery items and candy. Topps continues to create Bazooka bubblegum, bubble yum, life savers, push-pops, baby bottle pop, juicy drop pop, and lollipops. Topps has been unable to sell off its confectionery market as sales decrease as child nutrition attention has undercut candy sales.

Email ThisBlogThis!Share to TwitterShare to FacebookShare to Pinterest
Labels: The History of Baseball Cards 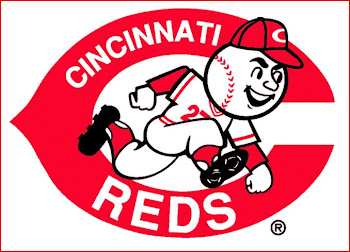 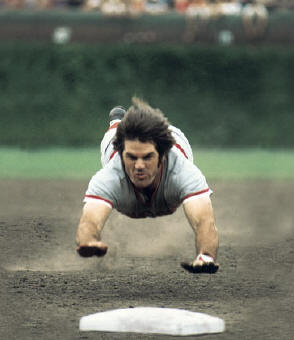 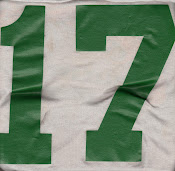 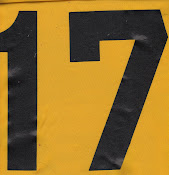 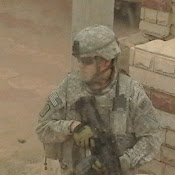 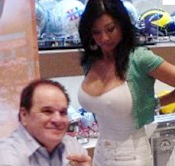